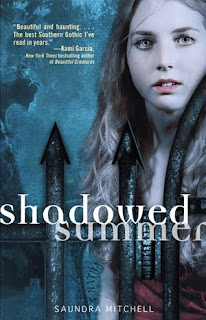 I have a galley copy of Wildthorn, and I'm SUPER excited to check it out. I knew that women were often locked up in insane asylums, often without good reason, by their husbands, but I've never read a book about this subject. :)

All those books sound great. :) I just love getting ideas for new books to read!

I am so happy I just found your blog. I love it so became a follower. I also wanted to let you know that I have a huge announcement up today! My debut novel is getting published! Please stop by, I would really appreciate it and could use all the help I can get on spreading the word and would love to know what you think of the cover art!

P.S.- My release date if Friday the 13th (August this year) isn't that crazy?