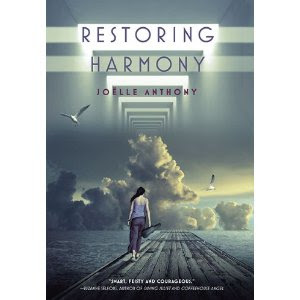 The first is for Restoring Harmony by Joelle Anthony.


The year is 2041, and sixteen-year-old Molly McClure has lived a relatively quiet life on an isolated farming island in Canada, but when her family fears the worst may have happened to her grandparents in the US, Molly must brave the dangerous, chaotic world left after global economic collapse—one of massive oil shortages, rampant crime, and abandoned cities.
Molly is relieved to find her grandparents alive in their Portland suburb, but they’re financially ruined and practically starving. What should’ve been a quick trip turns into a full-fledged rescue mission. And when Molly witnesses something the local crime bosses wishes she hadn’t, Molly’s only way home may be to beat them at their own game. Luckily, there’s a handsome stranger who’s willing to help.


Restoring Harmony is a riveting, fast-paced dystopian tale complete with adventure and romance that readers will devour.


Grade: A
I totally LOVED this book.  It has a very creative storyline, and I couldn't put it down at all.  I usually don't do well with dystopian novels, but I devoured this one.  The bottom line: it was amazing. 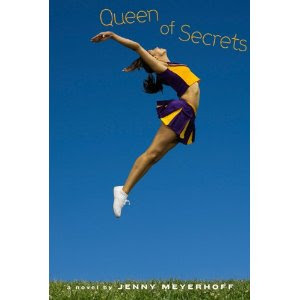 The second is for Queen of Secrets by Jenny Meyerhoff.


This year, Essie Green’s life is going to be different. She’s made the cheerleading squad and caught the eye of the captain of the football team. However, she didn't expect her estranged cousin to join the football team. Micah is instantly branded a freak for praying during games, and Essie doesn’t want anything to do with him. As the football team’s teasing of Micah shifts into hazing, Essie is forced to make a choice between the boy she might love and the cousin she barely knows.

I didn't really enjoy this book at all.  When I read it I felt like I had read this story before.  It's very overdone.  It has one original aspect: the Jewish aspect.  The characters were also really hard to read about - they were very stereotypical.  I'd recommend getting this one from the library if you still want to read it.

Both of these books were reviewed for Around the World Tours.

I adore the action shot on the cover of QUEEN OF SECRETS, but I don't like the typography. Of course, it doesn't sound like something I'll read, so it doesn't matter much whether I like it or not.

Looking forward to Restoring Harmony! I'll most likely wait until my dystopian August to read it, but it'll be hard!