Sorry, no vlog this week! But here's what I got: 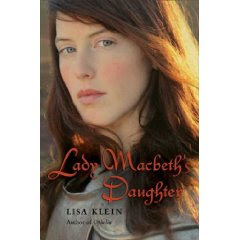 The daughter Macbeth might have had, if Shakespeare had thought to create her…

Albia has grown up with no knowledge of her mother of her father, the powerful Macbeth. Instead she knows the dark lure of the Wychelm Wood and the moors, where she’s been raised by three strange sisters. It’s only when the ambitious Macbeth seeks out the sisters to foretell his fate that Albia’s life becomes tangled with the man who leaves nothing but bloodshed in his wake. She even falls in love with Fleance, Macbeth’s rival for the throne. Yet when Albia learns that she has the second sight, she must decide whether to ignore the terrible future she foresees—or to change it. Will she be able to save the man she loves from her murderous father? And can she forgive her parents their wrongs, or must she destroy them to save Scotland from tyranny?

In her highly anticipated follow-up to Ophelia, Lisa Klein delivers a powerful reimagining of Shakespeare’s Macbeth, featuring a young woman so seamlessly drawn it seems impossible she was not part of the Bard’s original play. 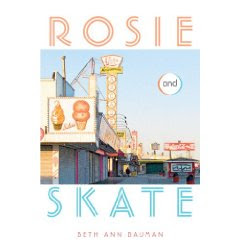 A wonderful YA debut full of drama for two very different sisters.

It's off-season at the Jersey shore, when the boardwalk belongs to the locals. Rosie is 15 and her sister Skate is 16. Their dad, an amiable drunk, is spending a few weeks in jail while their cousin Angie looks after them in their falling-down Victorian on the beach. Skate and her boyfriend Perry are madly in love, inseparable—until now, when Perry goes off to Rutgers. Rosie is shyer than Skate, but she’s drawn to Nick, a boy in their Alateen group. What happens to Rosie and Skate in a few tumultuous weeks is deftly shaded, complex, and true. Readers will be caught up in each girl’s shifting feelings as the story plays out within the embrace of their warmhearted community. 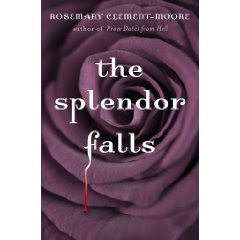 The Splendor Falls by Rosemary Clement-Moore

Can love last beyond the grave?

Sylvie Davis is a ballerina who can’t dance. A broken leg ended her career, but Sylvie’s pain runs deeper. What broke her heart was her father’s death, and what’s breaking her spirit is her mother’s remarriage—a union that’s only driven an even deeper wedge into their already tenuous relationship.

Uprooting her from her Manhattan apartment and shipping her to Alabama is her mother’s solution for Sylvie’s unhappiness. Her father’s cousin is restoring a family home in a town rich with her family’s history. And that’s where things start to get shady. As it turns out, her family has a lot more history than Sylvie ever knew. More unnerving, though, are the two guys that she can’t stop thinking about. Shawn Maddox, the resident golden boy, seems to be perfect in every way. But Rhys—a handsome, mysterious foreign guest of her cousin’s—has a hold on her that she doesn’t quite understand.

Then she starts seeing things. Sylvie’s lost nearly everything—is she starting to lose her mind as well? 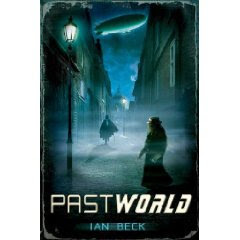 What if all of London were really an amusement park—a whole city returned to Victorian times to entertain visitors from the twenty-first century? That's the wildly original premise of Ian Beck's Pastworld, a high-stakes mystery set in a simulated past.

Eve is a lifelong resident of Pastworld who doesn’t know she’s living in a theme park until a mysterious threat forces her to leave home. Caleb is a visiting tourist who finds the lawlessness of the past thrilling—until he suddenly becomes a fugitive from an antiquated justice system. And in the midst of it all, in the thick London fog a dark and deadly figure prowls, claiming victim after victim. He’s the Fantom, a creature both of the past and of the present, in whose dark purpose Caleb and Eve will find their destinies combined.

Page-turning, complex, and haunting, Pastworld masterfully exposes the human experience of the past, of violence, of technology, and of entertainment.

Bought:
I went to Barnes and Noble yesterday and used up my gift cards! Here's what I bought:
The Year My SIster Got LUcky by Aimee Friedman
Marked by P.C. and Kristin Cast
Geek Magnet by Kieran Scott
Burned by Ellen Hopkins
Vampire Academy by Richelle Mead
Geek Charming by Robin Palmer
Heartbreak River by Tricia Mills

So that's what I got this week. Can't wait to see what everyone else got!

These sound really interesting, Hope! Thanks for sharing your mailbox with us.

That book is absolutely AMAZING. Be prepared to bawl though!

Vampire Academy is awesome! the 3rd book is my favorite!

What a terrific group of books - The Splendor Falls sounds like it would be an especially good one!
Enjoy your new reads :)

Vampire Academy is brilliant. Hope you enjoy it as much as I did!

I hope you enjoy Heartbreak River.

I, too, really liked Vampire Academy.

I want to read Rosie and Skate. Enjoy!!

I really want The Splendor Falls! It's a gothic romance with ghosts, sounds so good. I hope you review that one.