...because even if you don't admit it, you judge books by their cover, too. 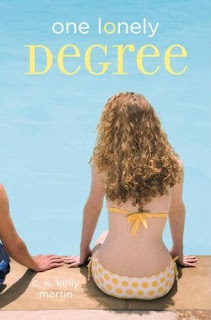 Finn has always felt out of place, but suddenly her world is unraveling. It started with The Party. And Adam Porter. And the night in September that changed everything. The only person who knows about that night is Audrey—Finn’s best friend, her witness to everything, and the one person Finn trusts implicitly. So when Finn’s childhood friend Jersy moves back to town—reckless, beautiful Jersy, all lips and eyes and hair so soft you’d want to dip your fingers into it if you weren’t careful—Finn gives her blessing for Audrey to date him. How could she possibly say no to Audrey? With Audrey gone for the summer, though, Finn finds herself spending more and more time with Jersy, and for the first time in her life, something feels right. But Finn can’t be the girl who does this to her best friend . . . can she? 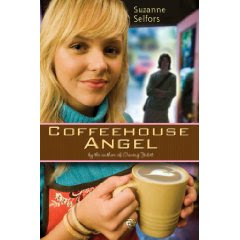 From the author of Saving Juliet comes a romantic comedy that is good to the last drop. When Katrina spots a homeless guy sleeping in the alley behind her grandmother’s coffee shop, she decides to leave him a cup of coffee, a bag of chocolate-covered coffee beans, and some pastries to tide him over. Little does she know that this random act of kindness is about to turn her life upside down. Because this adorable vagrant, Malcolm, is really a guardian angel on a break between missions. And he won’t leave until he can reward Katrina’s selflessness by fulfilling her deepest desire. Now if only she could decide what that might be . . . 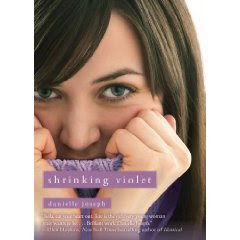 High school senior Teresa Adams is so painfully shy that she dreads speaking to anyone in the hallways or getting called on in class. But in the privacy of her bedroom with her iPod in hand, she rocks out -- doing mock broadcasts for Miami's hottest FM radio station, which happens to be owned by her stepfather. When a slot opens up at The SLAM, Tere surprises herself by blossoming behind the mike into confident, sexy Sweet T -- and to everyone's shock, she's a hit! Even Gavin, the only guy in school who she dares to talk to, raves about the mysterious DJ's awesome taste in music. But when The SLAM announces a songwriting contest -- and a prom date with Sweet T is the grand prize -- Sweet T's dream could turn into Tere's worst nightmare....

So, which ones are your favorites?

I love he Coffeehouse Angel cover and I really want to read it too.

The OLD cover is lovely. Me = excited!

I love the cover for Shrinking Violet! And then Coffeehouse Angel.

Hmmm, I think Shrinking Violet's the best out of the lot.

And yeah, I...kinda...maybe...sometimes (okay a lot) judge things by covers.

Am I the only one who HATES the Coffeehouse Angel cover? I really don't like seeing the whole face. It ruins it. And it's just ugly!

But the Shrinking Violet one is gorgeous. I love it.

I love the font on the cover of One Lonely Degree and the colors...so cute/summery!
I'm not a big fan of the Coffeehouse Angel cover. I'd rather see something simpler, like a coffee cup with wings and a halo on it or something.
And Shrinking Violet sounds so good! I was flipping through a magazine the other day and I found the cover image in an Abreva ad, LOL! (:

P.S. Hope, you have been nominated for an award.